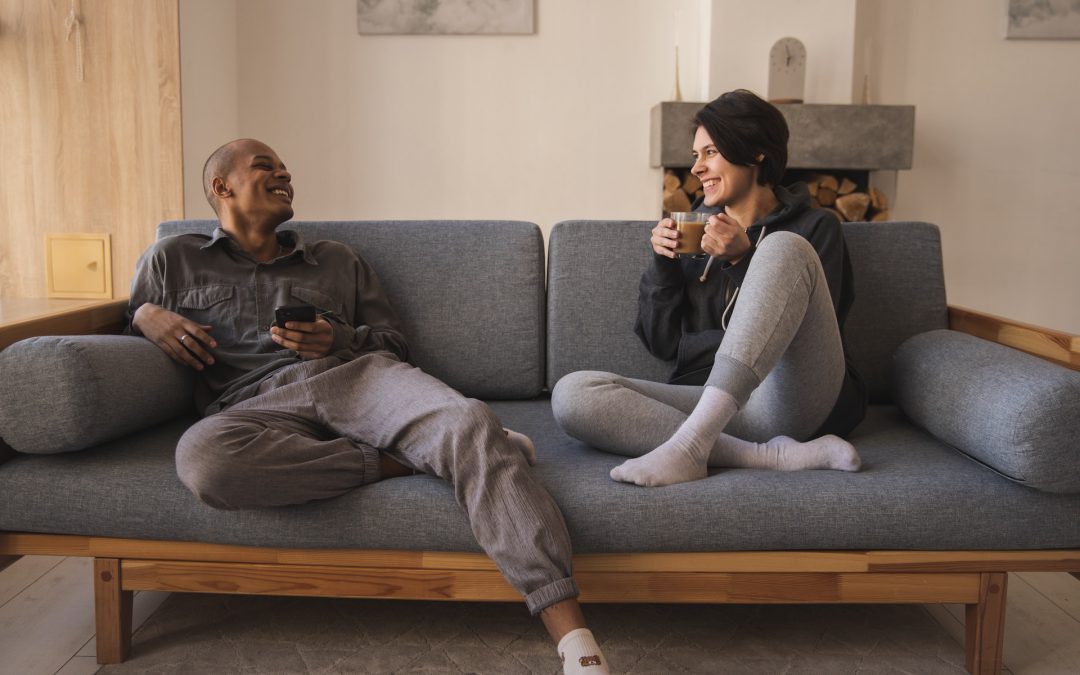 One of the issues my clients struggle with the most is setting healthy boundaries with others, especially with their romantic partners.

What is a boundary, you ask? Imagine having a protective bubble that you can surround/shield yourself with. You can make it as thick and hard as you want if you need a strong and firm protection. Or make it thin, soft, and even permeable if you don’t need as much protection. You would need strong boundaries with people who are not considerate/respectful of your needs and feelings. And you wouldn’t need as firm boundaries with people who are. This protective bubble keeps you from getting hurt or being treated wrongly. But we are bound to encounter some human beings that our boundaries have no effect on. Then the only way to save yourself is taking you and your bubble somewhere else. In other words, LEAVE. Or limit your interaction with these people as much as you can so they can’t pop your bubble.

In this article, I will talk about 5 different ways to set healthy boundaries in relationships, with a few real examples.

How to set healthy boundaries with your partner.

“No” has been my favorite word since I started studying psychology years ago (my 3 year old godson and I share this favorite word). I’ll be honest. I was one of those YES people, a people pleaser, who had difficulty saying “no” unless I was really upset. After all those years, now I can proudly say that I try to utilize healthy boundaries in all aspects of my life. I’m not at 100% success rate, but I try my best every day. And practicing saying “no” made it possible.

So when should you say “no?” The answer is whenever you want, especially when saying “yes” goes against your values.

2. Be consistent and repeat yourself like a broken record

Unfortunately, you might have to set boundaries multiple times with some people in certain situations. For example, let’s say that your partner drinks a lot and often gets very angry. Recently, there has been a few embarrassing incidents, in which that he yelled at you in front of your family. You told him not to drink too much, and not to yell at you in front of your family. He says he won’t do it again but he keeps repeating the pattern. He always have one drink too many and becomes aggressive and rude at social functions like a work holiday party or a family dinner. Even though it might feel like you telling him again is just waste of your time, you have to be consistent with your boundaries. You remind him again and again that his behaviors are not acceptable because if you stop, he might misunderstand (or just argue that he did) that you gave them a permission to behave that way.

3. Be clear of consequences and execute them every time

In the previous example, if your partner becomes overly intoxicated again and starts yelling at yet another social event, what will you do? You need to identify what you want to do and what you can/are willing to. Those two are not the same thing. I find that people often don’t do what they say they are going to do.

After you clearly state the consequences that people can expect if/when they cross your boundaries, you have to execute exactly what you have promised them. In this example, maybe you tell him that you will break off the relationship if your boundaries are violated again. But if you say it, you have to do it. Don’t just give him an empty threat if you are not ready to leave him. If you don’t follow through your words, your boundaries become meaningless and their respect for you also evaporates. So say only what you are willing and ready to do.

4. Start early but it’s also never too late to start

When is the right time to set boundaries? As early as you can. When you notice that your partner behaves in the way that compromises your own core values or integrity, it is a good time for you to set a boundary with him/her. For instance, let’s say that you and your girlfriend just started dating. Everything was going great until three months in the relationship. That is when she started using her phone a lot in front of you, while the two of you are on a date. It bothers you but you don’t say anything because you don’t want to rock the boat. So you wait another month to see to if it will get better. But now it’s gotten so much worse that she’s practically glued to her phone, which makes you feel neglected.

When you finally tell her how it make you feel (using I-statement of course), she seems confused. She says, “It never bothered you before, you never said anything.” There, this is true, you did not say anything for the whole month. But it’s not too late still. It is better to set boundaries as early as you can but if you waited for whatever reason, all you have to do is own it (the fact that you waited) and set the boundary then.

You can say something along the lines of, “Hey I feel ignored and sad when we are at dinner and you are constantly distracted by your phone. Can you please reduce your phone usage and leave it for the emergencies? I know that I should have addressed it before. I was just trying to see if it would get better, but it seems to be getting worse. What do you think? Is that something you are willing to do?”

5. Don’t get manipulated by gaslighting

This is a topic that deserves a full article to explain it properly. And I plan to do so in the next blog. But I wanted to talk about it briefly, because it is closely related to unhealthy boundaries.

Often people who do not respect (intentionally/unintentionally) others’ boundaries are extremely good at gaslighting! A gaslighting can be used as an extremely effective form of emotional abuse. It can be used to make a victim question their own instincts, sanity, and feelings in order for the abusive partner to gain power. A victim is more likely to stay in the abusive relationship when their ability to trust their own perceptions are broken down. But even a gaslighting in less severe form, a gaslighter uses various techniques to make his/her partner’s needs and feelings seem unimportant.

For example, a gaslighter does something that hurt your feelings. And when you try to address it via processing your feelings and setting a healthy boundary with him/her, they might say, “You’re going to get angry over such a little thing like that? You’re too sensitive!” Or they can also make you feel like you are insane by saying, “That’s a crazy idea! You always imagine things like that!”

A gaslighter invalidates your needs and manipulates you to get his/her own needs met. One also gaslights as a way to stop the conflict, to deflect responsibility, to prove the other person wrong, to ease some anxiety and feel “in charge” again, and to control the relationship. The scary thing is that people who gaslight might not know that they are doing it because these poor souls lack insights into their own behaviors (self-awareness). And sadly just like any other learned behaviors, gaslighting is often a bad habit they picked up from the environment they grew up in.

So sometimes these people are trying to manipulate you so that you won’t think badly of them or so you don’t get in the way of getting their needs met. And other times they might truly believe what they say to you in order to trick themselves into thinking they are “good and right” but others are “crazy and wrong.” They desperately need to believe this. They need to justify their actions so that they can keep carrying on their dysfunctional way of living.

For instance, your partner comes home late almost every day for the past six months. He tells you that he’s just been working a lot of overtime at work. But his checks are not reflecting much of overtime that he claims he worked the past six months. You become suspicious because you also find him checking his phone all the time, talking to someone in the bathroom secretly, and being more distant with you physically and emotionally. When you share your suspicion with him, then he calls you “too sensitive,” “distrusting,” and “crazy.” Later you find out that he WAS cheating on you the whole time and he has been gaslighting you to make you believe him that he wasn’t cheating. To add more complexities to this situation, the cheating partner could’ve been justifying his affair by telling himself that he was cheating only because his partner was “too sensitive, distrusting, and crazy.”

So don’t fall for your partner shaming you like this. Trust your gut feelings and listen to what they tell you. Don’t be afraid to express your feelings or to set boundaries with your partner. If they don’t respect your boundaries despite your continuous effort, but keep trying to manipulate you (knowingly/unknowingly), RUN and save yourself! Because these gaslighters won’t help you get your needs met, let alone let you feel good about yourself.

I hope these five ways to set healthy boundaries will help you getting your needs met from others, especially from your romantic partners. If you need more help with setting healthy boundaries in your relationships, please contact me.

“Daring to set boundaries is about having the courage to love ourselves, even when we risk disappointing others.” 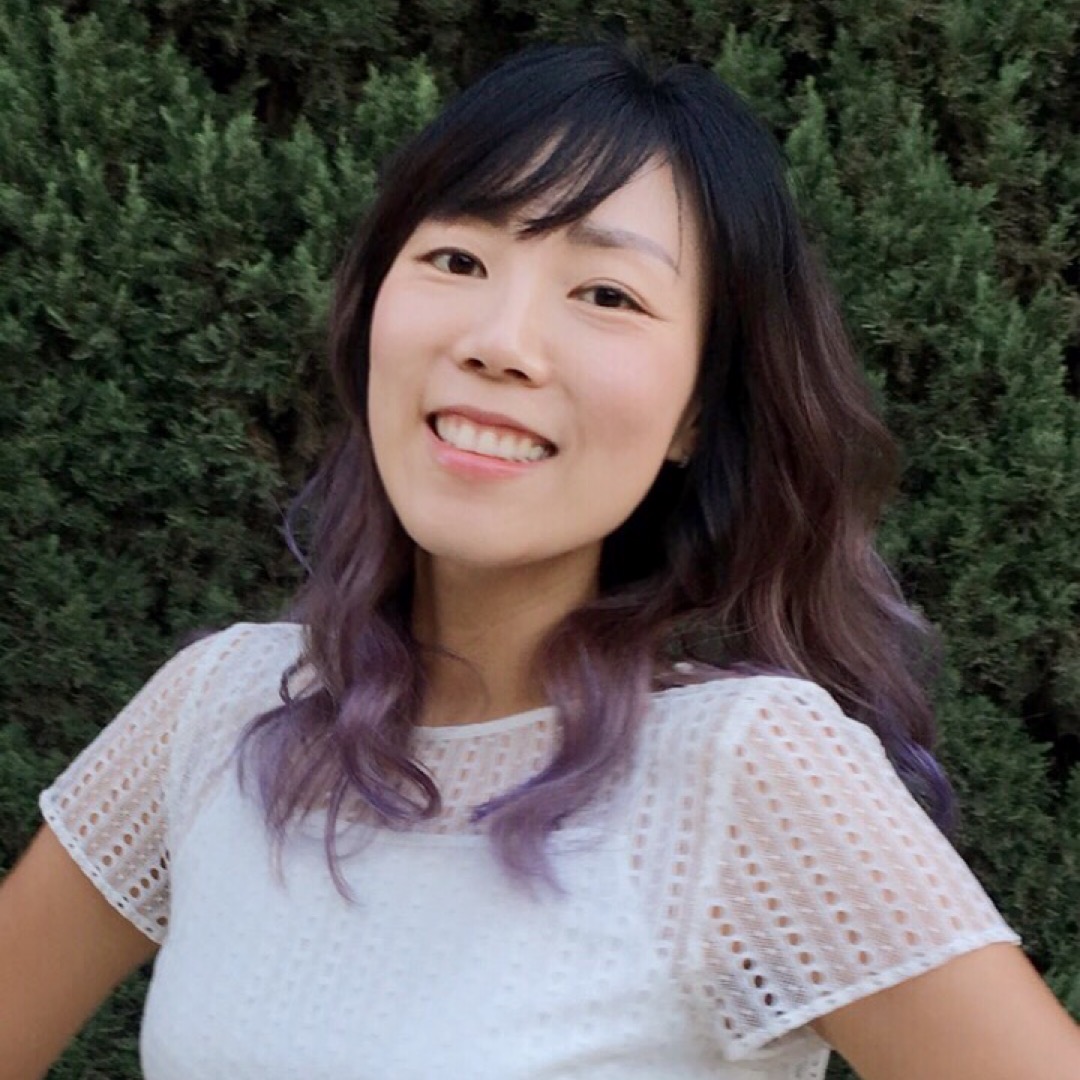 Do you want to learn more about how you can improve your relationship with your partner? Or are you an individual, who's working on self right now to have better relationships in the future? I would love to assist you!

You can make an appointment below for a therapy session or a free consultation.